A Definitive Guide to 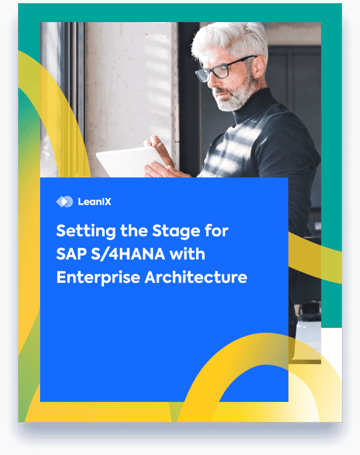 Compare Greenfield vs. Brownfield SAP S/4HANA migration approach and choose one or a hybrid that best suits your needs, based on your company size, state of your data, and future business needs.

► Find out how to get started with your SAP S/4HANA migration! 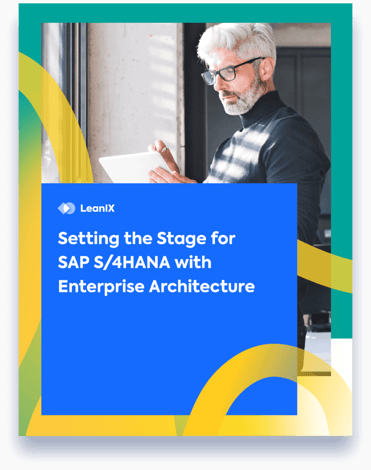 There are a few scenarios for SAP Architects in enterprises looking to migrate to SAP S/4HANA. Depending on a few key factors, such as your company’s use of SAP, deployment choice, the size and state of your data, and your future business needs, there are three main scenarios to roll out SAP S/4HANA: the Greenfield approach, the Brownfield approach, or a hybrid of the two.

Let's see a detailed explanation of each approach, advantages vs. disadvantages comparison, and how to pick the best one for you next.

There are advantages and disadvantages to this approach. For a legacy enterprise that’s been using SAP for many years and has amassed many complex workflows and code that’s been heavily customized, the Greenfield approach may be the new start it needs to overhaul its use of SAP and reduce complexities.

The Greenfield approach, which can be done on-premise or in the cloud, enables users to predefine migration objects. And Greenfield implementations result in lower total-cost-of-ownership and faster time-to-value. The main advantage of a Greenfield migration is that the transformation begins with a new system, providing the flexibility to drive such topics as standardization and simplification along with the migration itself.

In theory, using the Greenfield approach, you can have the core elements of SAP S/4HANA up and running in about three months. However, the reality is that moving all your data onto a blank system can take some time as it is a significant undertaking and will most certainly take longer than three months.

Moreover, the Greenfield approach is definitely riskier than a different implementation strategy. That’s because you also have to redevelop any system customizations that are critical to the business that you were running on another SAP ERP system, which will also take a considerable amount of time.

Another possibility with a Greenfield approach is to selectively start with a blank slate in some areas to take the opportunity to simplify processes, integrations, and custom code. This approach is known as “selective Greenfield.”

Using the Brownfield approach, you can get SAP S/4HANA up and running, and at the same time, migrate your existing SAP workflows and systems over to the newest version of SAP S/4HANA.

You also can keep your proven business processes as well as the customizations you’ve been using to manage your data since you don’t have to move everything over. The Brownfield approach lets you reevaluate and edit your existing processes and port over the ones that are working.

The main advantage of Brownfield is that there is usually a shorter project runtime, and therefore there’s less disruption to your business. A Brownfield approach lets you migrate to SAP S/4HANA without a new implementation and disruption of existing processes, building on existing elements of the SAP landscape, such as interfaces to suppliers and partners.

Still, Brownfield has its disadvantages. Because you’re basically porting over everything from your previous SAP ERP, it’s often seen as stifling innovation. The success of the Brownfield implementation centers around how well your existing workflows and systems are replicated.

Because of all the complexities that come with porting over customization and workflows, a Brownfield implementation is best-done on-premise. Brownfield is best suited for customers who are looking to continue using their current solutions and want to rapidly convert from SAP ECC to SAP S/4HANA.

The most widely used deployment model may be the hybrid implementation. A hybrid approach lets you select the best parts of Greenfield and Brownfield implementations. This approach is best for large enterprises with a lot of data and complex systems.

A hybrid approach lets you mitigate a lot of the risks associated with migrating to SAP S/4HANA. You can select which aspects of your system you want to redesign, keeping the parts of your current system that work at the same time that you’re cleansing and moving your data into the new system.

The downside to the hybrid implementation approach is that you need a third-party tool to do the job and distill the pieces of Greenfield and Brownfield that are part of your migration plans. 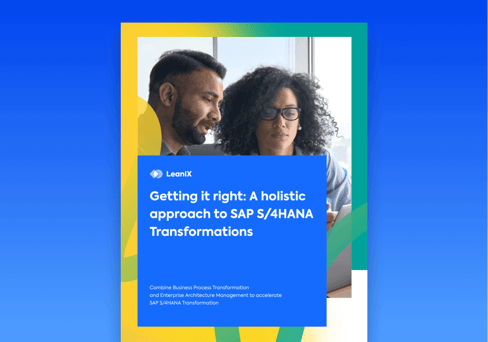 Getting it right: A holistic approach to SAP S/4HANA Transformations 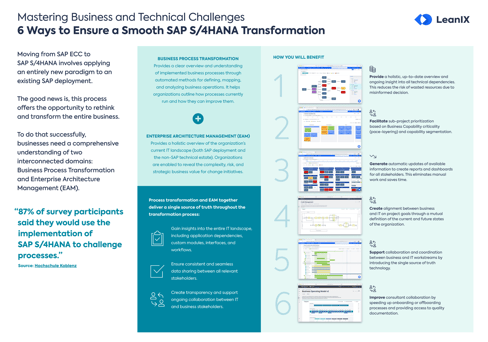 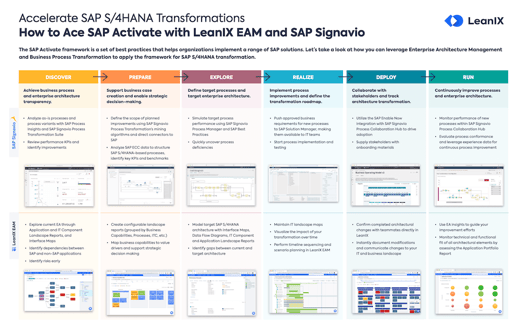 How to Ace SAP Activate with LeanIX EAM and SAP Signavio

Accelerate every phase of SAP Activate for SAP S/4HANA with LeanIX and SAP Signavio.
Download now

A cross-industry survey on the role and specific challenges of EA teams in SAP S/4HANA transformations. 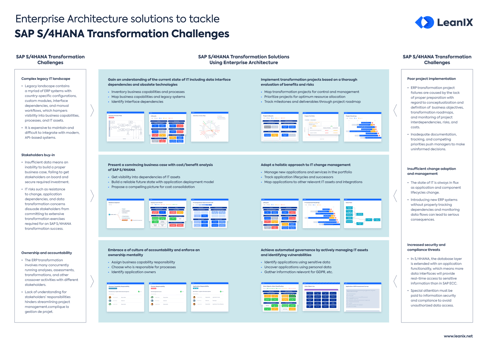 A free poster on using enterprise architecture to navigate the challenges of SAP S/4HANA migrations. 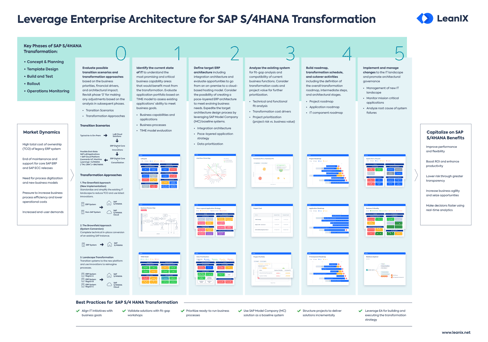 Transforming your ERP system is a huge undertaking, but actively leveraging enterprise architecture helps create the roadmap for success. 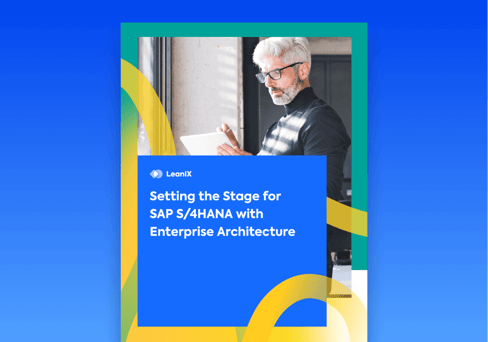 A white paper on how enterprise architecture can help with SAP S/4HANA transformations and how to align transformation phases to business needs. 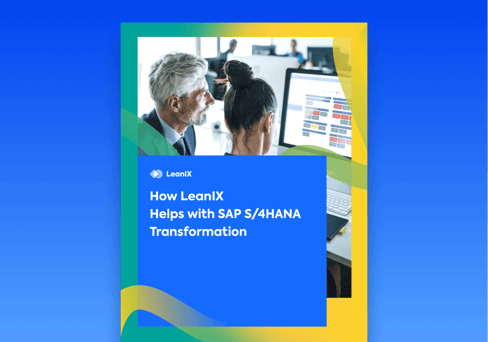 Download this free white paper to learn how enterprise architecture management with LeanIX can help you successfully transition to SAP S/4HANA.

In LeanIX and PwC's study on SAP S/4HANA transformation, a full greenfield approach is rare amongst studied companies - only 14% have decided on this route. The majority plan to use a brownfield approach (44%) or a hybrid approach, i.e. mixing both approaches (42%).

The technical approach you select will be driven by your business objectives. If you want to make the most of innovation, overhaul business processes, and adopt cloud solutions, such as SAP Ariba, you may want to do a new implementation.

However, if you’re on a single SAP ECC instance, want to keep your existing data, and go live with a big bang approach, your best option may be a system conversion. But if you have multiple SAP ECC instances and other connected SAP solutions, you may decide to use a combination of the approaches in a phased program (see below).

It can be difficult to decide which SAP S/4HANA implementation strategy is right for you. However, the first step is to define the business need, build a business case, and develop a strategy using the SAP Activate methodology roadmap. Only then can you define your implementation path.

Since the migration to SAP S/4Hana involves a number of challenges, the changeover must be carefully planned. SAP Architects and SAP CoE can decide which migration approaches or scenarios make sense depending on the actual and target architecture of the company.

EA tools such as LeanIX EAM and its SAP S/4HANA transformation use case help to ensure a smooth migration by closing the gap between strategy and implementation.

It’s time to draw up your digital transformation roadmap to migrate your company from its legacy SAP ERP to SAP S/4HANA.

What is the difference between Greenfield and Brownfield projects in SAP?

While a Greenfield approach represents a complete reengineering—a new implementation of your SAP ERP, a Brownfield approach is more like an upgrade—system conversion.

If you want to make the most of innovation, overhaul business processes, and adopt cloud solutions, such as SAP Ariba, you may want to use a Greenfield approach.

However, if you’re on a single SAP ECC instance, want to keep your existing data, and go live with a big bang approach, your best option may be a Brownfield approach.

What is the Greenfield migration approach?

What is the Brownfield migration approach?

A Brownfield approach is more like an upgrade—system conversion. With it, you can get SAP S/4HANA up and running, and at the same time, migrate your existing SAP workflows and systems over to the newest version of SAP S/4HANA.

The Brownfield approach lets you reevaluate and edit your existing processes and port over the ones that are working. 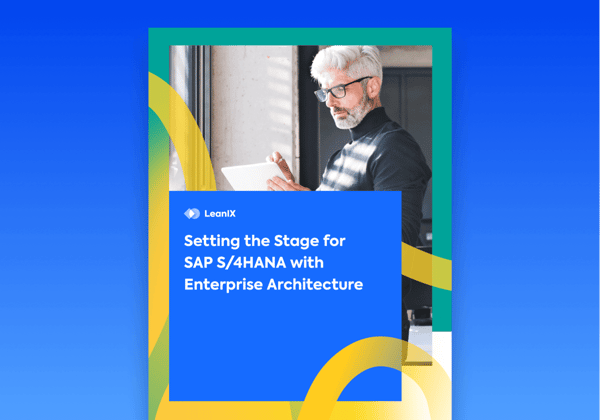