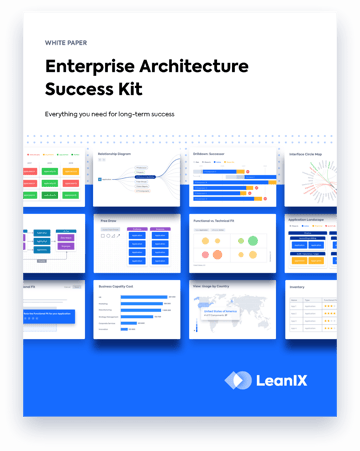 ► Find out how to get started with Enterprise Architecture now! 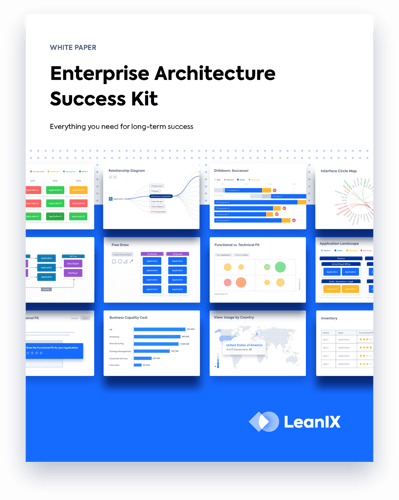 The only thing digitalization can’t magically align is our individual preferences of how to work. We complete jobs in the ways we want—sometimes logically, sometimes irresponsibly—and by using whatever tools and resources are before us.

All of this despite working towards the same goal as everyone else in a company.

Modern and traditional enterprises alike employ Enterprise Architects to correct broken processes and augment new strategies by binding them to carefully chosen innovations. It is a strategically, technically high-level role that scales elements of the following IT Architecture subsets for use in enterprise environments.

What does Enterprise Architecture mean?

Enterprise Architecture (EA) is a discipline that manages conflicting approaches to success within large-scale organizations. A specialty devoted equally to the worlds of IT and Business, it introduces practical standards across departmental units and teams in order to streamline efforts with an intelligent sharing of resources.

What are the use cases for Enterprise Architecture?

Image 1: The nine key use cases for Enterprise Architecture

Elevating IT architectures to enable these benefits led to the rise of dominant working methodologies — most of which developed by consortiums or governments or prominent tech companies — that laid the groundwork to today’s modern Enterprise Architecture practices.

The Zachman Framework for Enterprise Architecture

Enterprise Architecture went mainstream in the 1980s after John Zachman released “A Framework for Information Systems Architecture”. Zachman saw that information systems were bringing about a complexity that needed to be mapped with clearer classifications and interfaces—a veritable blueprint, or “architecture”, of IT components across an enterprise.

So he proposed a framework to accomplish the following:

And then published in 1987 an early version of what would become popularly known as the “Zachman Framework” (below). 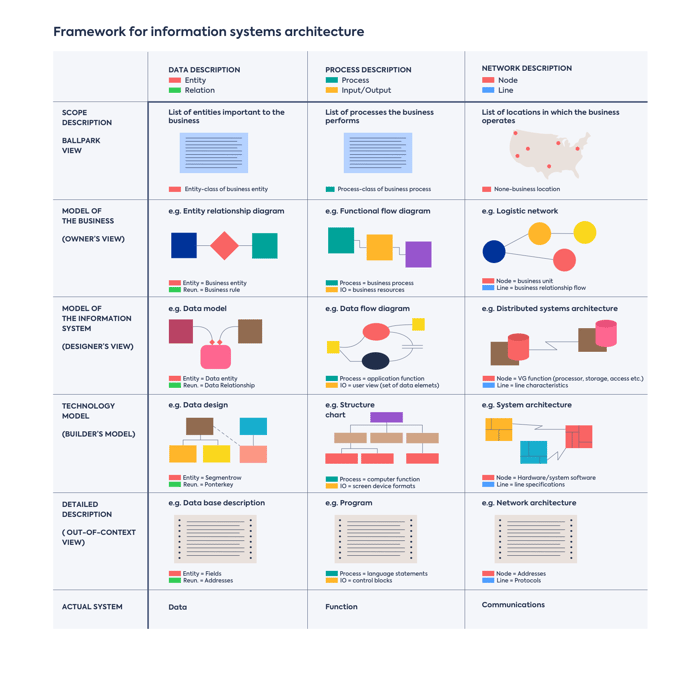 “A Framework for Information Systems Architecture” (1987), a conceptual precursor to the “Zachman Framework”, as it appeared in Vol. 26., No. 3 of the IBM Systems Journal.

Data-, Process-, and Network-focused perspectives to measuring an operation. All courtesy of common-sense descriptions and models.

Perfect for describing a complicated enterprise; not so much for creating one from scratch.

TOGAF is a method of designing, implementing, guiding, and maintaining the construction of enterprises using controlled phases—or, as it is known, the “Architectural Development Method (ADM)”. Its strategies have been iteratively improved upon for 25 years.

FEAF, an architectural framework designed initially for use by the U.S. Government to integrate its federal agencies, is a collaborative planning methodology that has become a popular EA model used in private enterprises.

Gartner, a global leader in IT research and insights, has put forward enough best practices for Enterprise Architecture solutions throughout the years during its consulting practices that it has built up its own methodology — one focusing more so on business outcomes than abstract phasing.

What are the goals of Enterprise Architecture?

The release of the Zachman Framework, though a watershed moment in the world of IT, failed to capture the hearts and minds of traditional business leaders who then held the keys to innovation strategies in enterprises. In fact, Zachman intentionally did not position his framework as a methodology for tactically collecting, managing, and deploying the information it describes to leverage broader operation strategies. Though writing in 1987 that the “development of a business strategy and its linkage to information systems strategies” was an “important subject to pursue”, Zachman stopped short of doing so himself.

It was not until the age of digitalization came into full view that the disconnect between IT and Business became so obviously problematic and in need of repair. As more organizational divisions than ever before began pushing IT infrastructures to extreme limits to solve dynamic business challenges—demands hitherto brokered via indirect channels and tools — the need for a predictive, intelligent intermediary grew.

And to make it all configurable to different architectural targets. 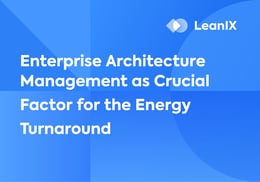 Watch this free webinar to hear our partner, PwC, on how EA helps the energy industry to invest in IT and exploit the benefits of. 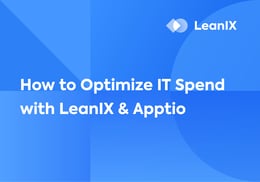 How to Optimize IT Spend with LeanIX & Apptio

At this webinar you learn from our customer, innogy, how LeanIX & Apptio helps optimize your IT spend through end-to-end cost transparency over your IT architecture. 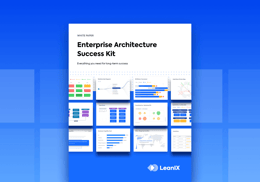 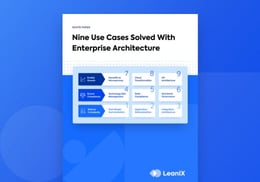 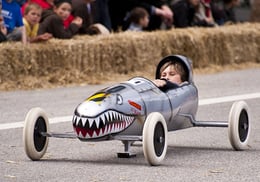 Evidence of why professional Enterprise Architecture solutions are worth the price. 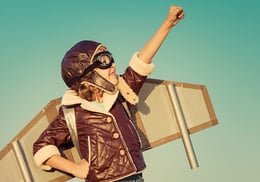 The Enterprise Architect of Tomorrow

Enterprise Architects of tomorrow must acquire five key traits to guide companies to success. Practical insights on how to become data-driven, agile-minded, and forward thinking. 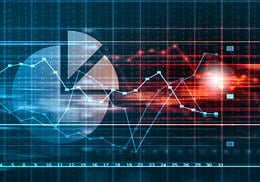 LeanIX Metrics – Data Is Only Valuable in the Right..

Using EA methods and real-time metrics to contextualize data in the age of digitalization. 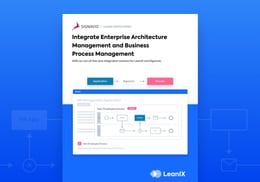 Connecting Business with IT using Signavio in LeanIX. No consulting or additional integration required.

What are the benefits of Enterprise Architecture?

What are Enterprise Architecture Tools and Software?

Somehow none of the actual tools and software to facilitate these frameworks and Enterprise Architecture methodologies kept pace with the ambitious ideas they were intended to manifest. Excel, Visio and SharePoint — basic consumer items essentially re-purposed to approximate architectural visions — served for far too long as the de facto instruments to envision IT and Business designs.

Enterprise architecture tools aim to capture, store, structure, and analyze pertinent information pertaining to the architecture of an enterprise, and offer support for strategic decision making by capturing vital enterprise information, along with content development and analysis capabilities across the business, information, technology and solution architectures. Modern enterprises require tools that facilitate the implementation of a business strategy focused on business outcomes and risk mitigation.

Architectures observed by, accounted for, and fortified by an enterprise worth of personnel.

It was a dramatic shift that came out of a need to maximize resources to counter three use cases defining digitally-focused enterprises and incapable of being accomplished in scattered efforts:

What are the new Enterprise Architecture models?

The imperatives of the above use cases plus the global push for agile business models has led to the rise of LeanIX’s Modern Enterprise Architecture Management Tool—an SaaS specifically tailored to support the digital strategies of enterprises in collaborative and automated manners.

LeanIX elevates the EA principles established by John Zachman and TOGAF by connecting the definitions of all IT applications and Business processes within an integrated reporting network. It is structured upon three now-indispensable features of Enterprise Architecture:

IT Inventory Management, accomplished by:

In our YouTube-Video, Oliver Schwarz, Head of Smart Customer Solutions at Vaillant shows how Vaillant transformed itself from a conventional lighting company to one of the leading innovators in its sector, being Enterprise Architecture Management the key enabler for innovation. He also gave some examples and visions for the future of Enterprise Architecture and explain why it is so important in the digital transformation.

Click here to view the presentation on Digital Transformation and Enterprise Architecture.

The inherent accessibility of modern Enterprise Architecture Management and its fundamental use cases in organizations has led to the popularity of dedicated training centers—many of which connected to improving EA proficiency in key topics like cloud transformation, data compliance, and risk management:

What is enterprise architecture?

Enterprise Architecture (EA) is a discipline that manages conflicting approaches to success within large-scale organizations. A specialty devoted equally to the worlds of IT and Business, it introduces practical standards across departmental units and teams in order to streamline efforts with an intelligent sharing of resources.

What are the key benefits of enterprise architecture?

An ability to grasp, store, structure, and analyze varied sources of information to solve unplanned or foreseeable problems in enterprise landscapes. An awareness of industry-relevant technologies and the competence to demonstrate, in clear terms, how a proposed service would impact a company. The influence to implement enterprise-wide agile methodologies to accelerate product deployments and connect siloed organizational groups. A clear survey of an enterprise to extend data-driven findings to business leaders in order to prioritize investments and transformation strategies. Standardized processes that help enterprises not only change for the better but become better at change itself.

What is the role of an enterprise architect?

Enterprise architects have the most overarching view of the organization and know of its capabilities and potentials. They play a key role when it comes to identifying business needs in context with external factors like competitors and internal factors like a company’s IT landscape. They are in charge of analyzing current trends in technology architecture and educating technology departments about new frameworks and best practices. Through the use of clear architectural models and the help of domain architects, they define business goals and design an information technology roadmap. This roadmap is supposed to create a bridge between context and concept.

What is the value of EA?

In times of digitalization, more organizational units than ever before are beginning to push IT infrastructures to their limits in order to solve dynamic business challenges, meet requirements and remain globally competitive. As a result, Enterprise Architecture, a profession dedicated primarily to navigating the intricacies of modern work environments, was entrusted with this task. The added value of enterprise architecture is to provide a holistic view of an enterprise that maps all business capabilities together with the underlying technologies to guide, not just direct, strategic transformations.

Get your free copy

Download your free Enterprise Architecture Success Kit to get started!

Uncover the value of a successful EA practice, and how that translates to your organization

Appreciate what’s important to your CIO, and how to sell him/her on what key results can be expected by investing in enterprise architecture