What is a SaaS Center of Excellence and why do you need it? Learn all about the characteristics of SCoE and how it gives businesses with SaaS footprint a competitive edge.

► Find out how SCoE can manage SaaS!

SaaS (Software-as-a-Service) continues to gain ground and is replacing classic software at lightning speed. In fact, SaaS has been predicted to reach a market size of $265 billion by 2025. Thus, companies are dealing with the hard truth that traditional software asset management no longer works in the age of SaaS.

One reason is that business units tend to purchase their own software, making centralized SaaS management impossible (Business-Led IT). Knowledge is now scattered, and there is no central information about usage, costs, and contracts. In addition, costs and contract models are fundamentally different from those of classic software and are mainly based on a subscription model.

But this phenomenon isn’t completely new – companies have already made similar transitions in other areas such as Public Cloud, AI, or DevOps. Experience has shown that forming specialized teams called the "Center of Excellence (COE)" is the best solution to effectively tackle new tasks and problems.

This applies both to the CTO and, according to Gartner, to the CFO organization. Thus, next to a traditional Software Asset Management unit, it also makes sense to establish a SaaS Center of Excellence (SCoE) that will drive SaaS adoption even further.

In our recent study on SaaS Management, LeanIX asked 105 companies about their attitude towards SCoE. And the results spoke for themselves:

Read on and learn about the characteristics of SCoE, who should be part of the team, and how the latter actively drive SaaS adoption.

Characteristics of a SaaS Center of Excellence (SCoE)

What makes an SCoE successful? Experience from the formation of other COEs has shown that the following characteristics are helpful for creating and managing a SaaS Center of Excellence.

Multidisciplinary: A powerful team is diverse and mirrors the different perspectives of the stakeholders that are part of the center.

Empowered: The SCoE should be able to make important decisions without having to get approval from higher-ups which would only weaken its responsiveness and agility.

Agile: The SCoE should understand the necessary requirements to be able to deliver short-term wins and is able to adopt frequently to an ever-changing SaaS landscape.

Process and cost-oriented: Ideally, the SCoE focuses on optimizing processes as well as cost-saving efforts and applies an iterative work approach.

Engaged: All team members need to be on the same page and committed to the tasks at hand – this requires excellent communication.

SaaS-centric: For the best outcomes, the SaaS CoE should be comprised of individuals who are experienced with SaaS technology stacks, SaaS integrations, SaaS data privacy, SaaS information security, and SaaS architecture.

Integrated: Team members should reflect the diversity of all business departments or units within an organization. This facilitates the integration of the new team into existing company structures.

Small: Starting small with not more than 10 team members ensures that the SCoE can slowly incorporate the know-how and expertise that is needed to succeed. 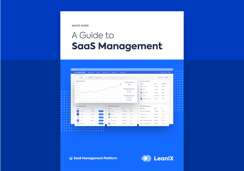 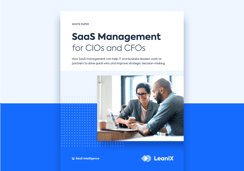 SaaS Management for CIOs and CFOs 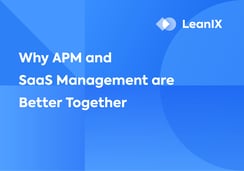 Why APM and SaaS Management are Better Together 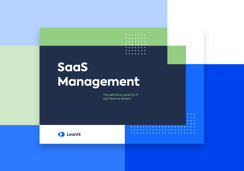 Why SaaS Center of Excellence (SCoE)

A SaaS CoE starts with a small team that initially discovers all SaaS applications that are used in the company. In a second step, this team can then begin to rationalize overlapping contracts or capabilities by making an informed decision with the respective business owners. The third step involves optimizing the most significant SaaS assets with the largest areas of presumed spending in order to gain momentum.

Once these steps are completed, the SCoE should move from an analytical and advisory phase to complete management of SaaS. To reach a level of complete SaaS management, the SCoE is advised to develop processes around the entire lifecycle of SaaS. Below are a few examples that can be used as a guide. 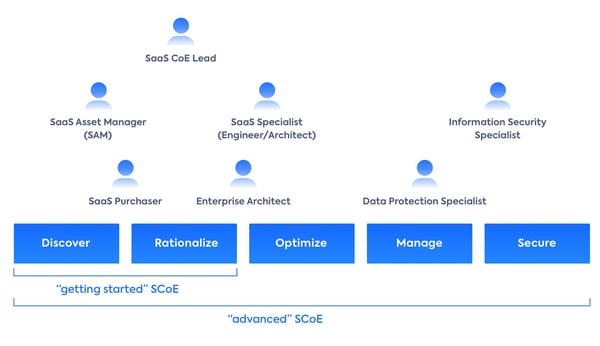 And this is how the SaaS Center of Excellence accelerates SaaS adoption:

Next, read about the various roles you’ll find in an SCoE and what their responsibilities are.

SaaS management solutions bring real-time visibility into an organization’s SaaS ecosystem. This enables IT, finance, and InfoSec teams to proactively focus on initiatives that impact their company’s bottom line. Identify potential savings in your SaaS portfolio. 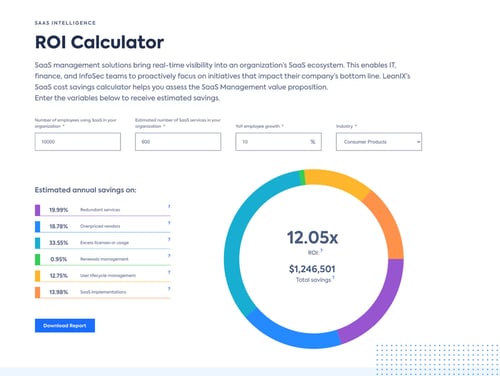 A SaaS Center of Excellence is not a static entity. Instead, it continually evolves with growing SaaS adoption. It has been shown that a mixture of existing experts and experienced individuals in the area of the CoE makes for the best composition.

The staffing of the SCoE is done independently with experts from both camps. Thus, it shouldn’t form the basis for this important decision. Instead, the decision should depend on whether SaaS is viewed as an IT responsibility or purchasing responsibility.

As opposed to the procurement of classic license-based software, the share of SaaS will continue to increase, and the placement of the SCoE within the CFO organization could accommodate this change. However, the percentage of software installed and managed on IT’s servers in addition to SaaS products is also growing steadily.

Thus, the placement of the SCoE within the CTO organization could accompany the switch of the organization from a strongly administrative role to a product owner role. Needless to say, the winning strategy would be a cross-functional approach.

While the reasons for establishing an SCoE are quite clear, the actual process that leads to its implementation can be challenging and therefore needs to be hashed out in detail. The following steps will help you in successfully building a SaaS Center of Excellence that drives positive change and innovation through SaaS.

No one can and would dispute the notion that modern times ask for modern management styles. In regards to software management, this means that all companies who operate in the cloud, regardless of the industry, need to establish a team that unleashes the maximum potential and value that SaaS can bring to the table.

A diverse team of SaaS experts, a SaaS Center of Excellence, accelerates SaaS adoption, reduces cloud spend, and thus, transforms its companies into a more competitive force in a digitalized cloud-based marketplace.

Introducing the discipline of SaaS management, key drivers for its use, and how to successfully run relationships with SaaS vendors.

Take control of your SaaS today!