Modernizing IT at Travis Perkins with EA and Business Process Transformation

Architecture Audit and IT Modernization

Several years ago, Travis Perkins, a British builders' merchant and home improvement retailer based in Northampton, made the decision to sell off their plumbing and heating division. In the run-up to that divestiture, IT leadership at Travis Perkins wanted an audit of the division’s IT landscape. Travis Perkins worked with a partner, Cognizant, to conduct a baseline architecture assessment of plumbing and heating. The tool Cognizant chose for that process was LeanIX.

When COVID-19 hit, the divestiture process hit a pause, but a larger project had arisen. As a company consisting of many sub-brands, Travis Perkins relied on a complex IT landscape that had grown organically for many years. (This organic evolution meant, according to Travis Perkins’ Matt Webb, Head of Business Process Improvement, that the IT landscape was “not how you would have built it” had it been planned from the outset.) The company recognized that customer behavior was changing. They needed to focus on improving the user experience and catching up with evolving customer expectations. Unfortunately, their existing IT landscape could not support this.

Travis Perkins needed to modernize their IT systems, not just to better serve customers but also to optimize operational efficiency. Due to the risk that outdated systems posed in the realm of finance, modernizing financial systems presented Travis Perkins with a good starting point. To this end, the goal was setting finance on a firm foundation for the future, a foundation that would provide consistency and control, especially over data.

Modernizing IT systems at a company like Travis Perkins can be challenging. The challenge that they needed to tackle from the very outset was the fact that much of the information needed to plan and execute the modernization process was missing or poorly maintained. So that’s the challenge they set out to address first.

"It’s hard to move to a better operating model if you don’t know what you’re actually doing or how things work today. By establishing systems of record around process, technology, and business capabilities, Travis Perkins has laid the groundwork for true IT modernization." 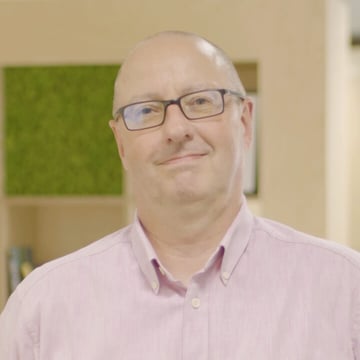 As Travis Perkins’ David Crooks, Enterprise Architect, describes the journey, the work of “getting everything in one place” had already begun with the plumbing and heating project.

“The finance and other back-end systems we catalogued for plumbing and heating was actually a clone of what Travis Perkins used as their main ERP platform. What’s more, of the 280 or so core apps used by plumbing and heating, something like 260/270 were shared with Travis Perkins. So, we had already done a lot of the heavy lifting before embarking on the wider project.”

LeanIX thus served as the system of record for the organization’s diverse IT assets. This brought standardization – including creating a common understanding of what different components were called – but also provided transparency around users and ownership. To achieve the same level of standardization on the process front, Travis Perkins needed to change how they had done things historically.

“We had used diagramming tools for process modeling in the past,” Matt said, “which creates a nice picture, but it’s just a picture. We wanted a model with the data underpinning it – telling us, for example, who owned what applications – so we could do some proper analysis.”

The close integration of LeanIX and SAP Signavio gave Travis Perkins the unified view of their IT and process landscapes, based on a shared pool of data, to support the analysis requirements.

As part of an earlier ERP transformation project, Matt and his team had already created diagrams of all the processes involved. They also created a spreadsheet with 45,000 cells containing all the relevant data for these diagrams. While this allowed others to analyze the data, it meant a lot of extra effort went into maintaining two separate sources of truth.

To solve this problem, Travis Perkins turned to SAP Signavio, allowing them to house process models and process data in the same location. And since LeanIX already featured close integrations with SAP Signavio, process data could be easily supplemented with enterprise architecture data. As a result, everyone could quickly understand not only which applications were used in which process, but also who owned and used these applications.

Of course, settling on a process modeling tool was just the first step. As it turned out, information about processes at Travis Perkins was fragmented. So, Matt and his team set about doing process discovery, running workshops with business stakeholders to map out processes. This involved not only understanding processes at a base level, but also understanding the wider scope of each process in terms of a broader ecosystem of processes, applications and data sources feeding into it.

This process itself was very revealing because it highlighted where there were “black boxes,” so to speak, in existing processes – places where business stakeholders themselves didn’t completely understand where data came from or went.

Ultimately, by establishing a system of record around process, technology, and business capabilities, Travis Perkins has made true IT modernization actionable. As Matt explained, “It’s hard to move to a better operating model if you don’t know what you’re actually doing or how things work today.”

While the modernization project is ongoing, Travis Perkins already has several successes under their belt.

First, they have a good understanding of their as-is state when it comes to the IT and process landscape. Today they have a place, as David described it, where people can “go to find things,” such as who owns a particular process, how that process relates to other processes, and what applications support that process. This did not exist before and now serves as a resource for the entire organization.

Second, they have begun implementing standards regarding how process and IT data is collected and stored as well as standards covering what processes should actually look like. This kind of standardization is key for innovation. As Matt described it, Travis Perkins has always encouraged its sub-brands to operate independently. If you have 600 branches doing 600 different things in different ways, that’s a recipe for chaos. If those 600 branches can rely on the same underlying systems and focus their energies where it matters, you have a recipe for innovation.

Finally, these efforts have brought a new level of confidence to the organization when it comes to transformation. Travis Perkins uses a homegrown ERP system built up over several decades. A few years back, an initiative was undertaken to re-architect and replace this system, an initiative that was not successful. Thanks to the work of Matt, David, and their respective teams, the organization now has the pieces in place to plan and execute transformations in a consistent, standardized way. Since Travis Perkins, like all other organizations, will need to continuously transform into the future, such new-found confidence is invaluable.

Don't take our word for it - read about what our customers experienced and how LeanIX helped them to implement a successful EA practice. 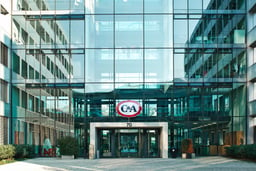 A Greenfield Approach to IT Modernization with C&A and LeanIX 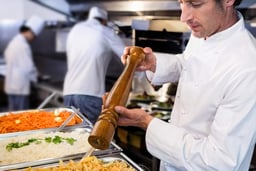 How Compass Group Australia built an EA practice from scratch 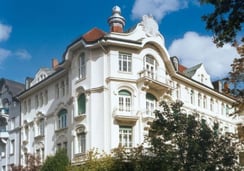 How Donner & Reuschel AG Reduce IT Complexity with LeanIX 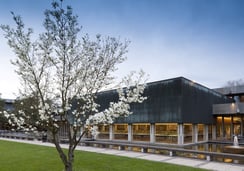 How DTU Uses LeanIX to Optimize IT Resources 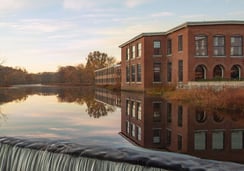 Laying a Solid Foundation for the EA Practice at Flynn 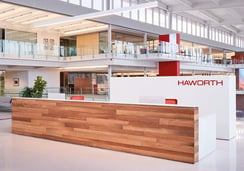 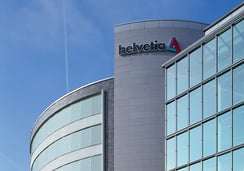